The point of fashion is that you take the picture you want and fashion is the only photography that allows fantasy, and I am a fantasist.

The state of the world is a poor one. We are told what to do, where to go, what to eat, how to look, how to feel and what to believe in and I find myself constantly wondering is this because it’s now worse than ever or whether the information is just now more accessible than ever before?

Is it social media, magazines, TV, our friends or peers making us feel like we have to be part of this ever evolving machine of self justification or is this something that has always been there throughout all of history but online platforms and the media have seemingly made it the most important or the only thing to be a part of?

I feel like individual thought has been lost, suppressed, frowned upon or all out rejected as as we know it has always been easier to follow the crowd, be part of the “gang”, something that I have always stood firmly against, although it has never made me popular with particular groups of people, branded as too opiniated, overly confident or  most commonly met with silence or avoidance. But really it’s almost never any of those things or ever warrants that behaviour it’s simply because most people prefer to be surrounded by “yes” people as it makes their existence easier ergo allowing them to continually avoid their own failings. We all have them. It is sad as certain people’s individual thought is why we are where we are isn’t it? Although that probably makes sense why we are told that the people that are remembered – the inventors, artists, musicians, politicians, dictators, performers, actors were more often than not loners, social outcasts or just typically misunderstood. 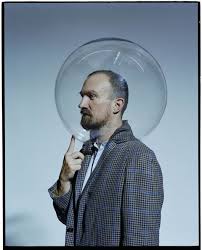 I’ve never been in love with fashion, actually; trends and catwalks don’t interest me. I love clothes: I love them historically and currently. They represent a spirit of the times and the zeitgeist. 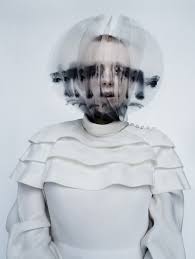 In the fashion industry we are governed by what is trending and who is wearing what, usually by the person who has the most money and most Instagram followers. Mainstream fashion is no longer a passion of art, it’s a constant tyrant battling through the year, spewing out a fabricated dictatorship on a monthly, almost weekly basis. Fast fashion is a thing and it is killing our planet, much more quickly than most industries. This is why I always talk about investing in our clothes – spending that little bit more on your wardrobe so that garments last year in year out as trends transcend, I mean hello! Trends go around and around – fashion houses can “re-invent” or “re- work” fabrics all they like but the basis is still the same, it always will be until maybe we all become androids and no longer need clothes but maybe just a fresh lick of spray paint or a new part …but I’m sure by that point we will probably be able to morph into anything we want because we really won’t be real anymore so hooray? I swear sometimes I look around the tube and feel like we’re already there. Neanderthals with no knowledge of the outside world, living through our phones probably whilst stepping over someone who’s on actual fire and screaming out in death inspiring pain, but we give 0 fucks, right? We’ll read the metro on the train home or watch it on Lad Bible later…?!

I must admit that I too fall prey to it, seduced by an environment that lacks depth in order to propel myself at the beginning of my career. I must do what everyone else is doing, to a certain degree, but really do I? Does it really matter? Will I eventually be recognised for my individuality? Or is the fact that everyone is trying to be so dammed individual that we are now more the same than ever? This is why I do what I do. Why I have decided to enter one of the most cutthroat industries for my chosen career. To be creative, to escape into a world all of my own and if I can make money from it then that can only be a bonus because at least I am happy, doing what I love, and that is why I am such a huge fan of Tim Walker, an iconic and famous photographer who doesn’t care about catwalks or what’s on trend but who is a fantasist and therein lies my personally inspiring connection to him. 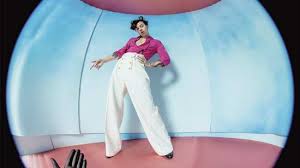 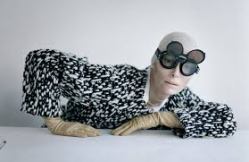 Tim Walker photographs the fantastical, the imaginary, places that have never existed where time and space is disappearing however his subject always has a connection to something that has already been. He reminds me of that saying – “The Art of the In Between” – seeing the substance of what has been and transforming it into a narrative which incorporates elements of what we already know but forever conjuring a world that seems just out of touch to us thus allowing the viewer to delve into their imagination and evoke creative feeling in order to surmise their own realm of fantasy. 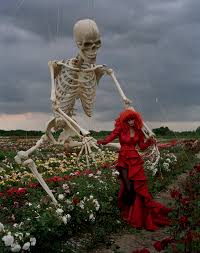 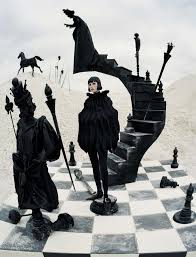 I don’t want to sound mystical but sometimes when you take a picture – when the sets are in place – then something takes over and leads you. It’s the sense of extraordinary luck and chance. The shoot is blessed and charmed, and you make pictures that you couldn’t in your wildest dreams have imagined. That is the magic of photography. 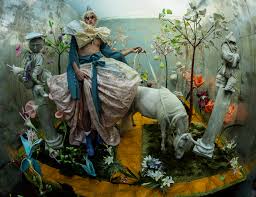 Tim Walker’s iconic photographs have encouraged paramount popularity for over a decade. Through imaginative set design and uniquely artistic style within his imagery of fantasy it is easy to see why he is characterised as one of fashions photography legends.

Kicking off his career winning The Independent Young Photographer award during his time at Exeter College of Art he then went onto work as a freelance photographic assistant in London before moving to New York where he assisted Richard Avedon. Upon returning to the UK he worked for British newspapers as a portrait photographer also working on documentaries. He had shot his first story for Vogue UK when he was just 25 as well as going on to its American and Italian counterparts, including W and Love Magazine, which he continues to work for to this day. 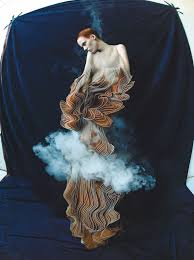 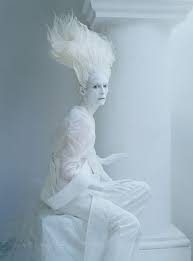 When I was at college, the idea of fashion was more immediate to me, whereas art photography, the depth of it, was a different thing. Storytelling – fanciful storytelling – can only be told through fashion photography. It’s the perfect way to play with fantasy and dreams. 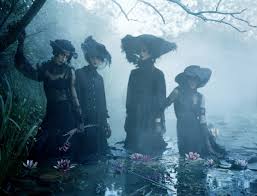 Walker has staged many exhibitions hosted at world renowned museums such as the Victoria and Albert museum and the National Portrait Gallery, won awards including the Isabella Bow Award for Fashion Creator as well as the Infinity Award and was also awarded an Honorary Fellowship from the Royal Photographic Society. He has shot festival worthy short films and published books including “Story Teller” and “The Granny Alphabet” – a collection of portraiture and illustration celebrating grandmothers, which we all know definitely need to be celebrated as they are awesome and give us a real grounding and unique insight on life ensuring a feeling of where we come from – that people worked hard before us so that we could exist and that there will be life after us. 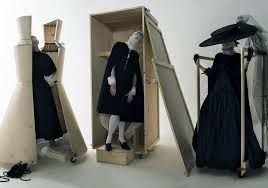 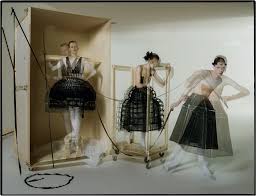 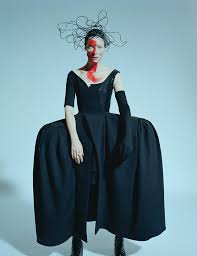 I went to see Tim Walker’s most recent exhibition at the V&A, Tim Walker: Wonderful Things, and it really was an immersive journey through wonderful things and the fantastical worlds that he has created through his works. I was truly tantalised by what I saw and although I have seen these iconic images many times before and pretty much included them in every mood board that I make it was as if I had set my eyes on them for the very first time. I was still completely enthralled, hit with a powerful beam of inspiration and left wanting to create more than ever. 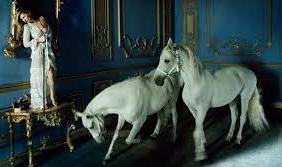 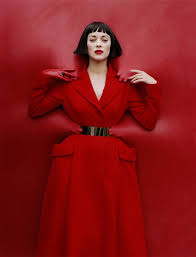 Fantasy isn’t something I put into the pictures; I don’t try and inject them with a sense of play. But it’s about being an honest photographer; a photograph is as much of a mirror of the photographer as it is the subject. 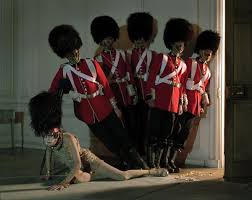 I wish that we weren’t left feeling so restricted by what magazines want their submissions to look like in order to be published, or more poignantly what the magazines wish to include to be the most viewed but more so by the skill, creative and imagination which is put into our works however, in saying this, by being such an avid follower of Tim Walker’s work it allows me to continue dreaming of the impossible and gives me hope of gratification in an ever evolving industry.

You have to raise the bar. Give yourself a challenge. Ask yourself, “How can one make the impossible materialise?”

Tickets are available via https://www.vam.ac.uk/exhibitions/tim-walker